FREE GROUND SHIPPING ON QUALIFYING ORDERS OVER $100
We now carry Personal Protective Equipment to help run your businesses safely. Check it out here. 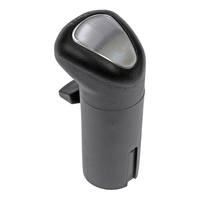 Monroe has been in the manufacturing business since the early 1920s, but the company didn't officially get its start until a little while later. The formation of the company is owed almost entirely to a series of inventions made by Otto Siewek in the 1920s, which pioneered the automobile industry as we know it today. Through the use of "tooling components," mass production of motor vehicles became more of a realty, eventually giving birth to Monroe and countless other manufacturers.

Monroe's shock absorbers rely on a large number of high-quality components, all of which are designed to function well under pressure. In order to maximize the amount of shock that Monroe's shock absorbers can absorb, the company subjects them to rigorous stress tests and pressure tests, only selecting the parts that provide the smoothest ride and greatest reduction of harmful vibrations and impacts for mass production. Whether you're looking for something to facilitate off-highway work or long-haul transport, Monroe has something that you can use.