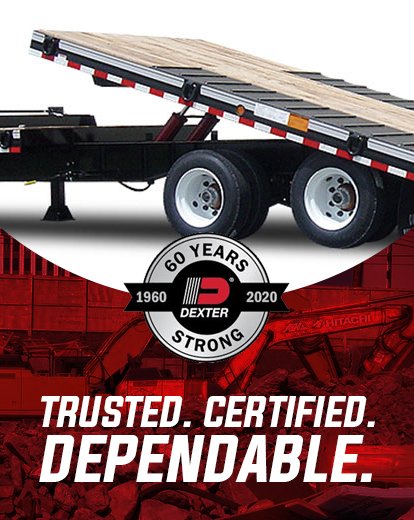 Dexter Axle is an American manufacturer specializing in the production of pieces, parts, and hardware for trailers. Though the company has provided a relatively wide range of services over its fifty plus years in service, it is best known for the products that it manufactures for use in tractor trailers.

Leonard Dexter, an engineer from Elkhart, Indiana founded Dexter Axle in 1950 in order to provide consumers with more personalized customer support than could be found in the larger companies of the time. Back then, the company was limited to the production of axles for housing and recreational vehicle applications. Over the next few years, however, the company's line of products expanded exponentially, going on to include countless different products. Though the brand's number of products increased almost every year, it nonetheless tased true to its specialty: the production of parts for use in recreational and housing trailers and axles.

As of 2019, the company has expanded its distribution network to include multiple international suppliers all over the world, making it possible to get your hands on a Dexter Axle product from just about anywhere. Dexter is known for its use in-house laboratory equipment in conducting rigorous tests on its products before letting them go to market. That includes the commonplace stress and fatigue testing, which ensure that your parts will hold up under pressure and be long-lasting, as well as more complex metallurgical evaluations and computerized testing.