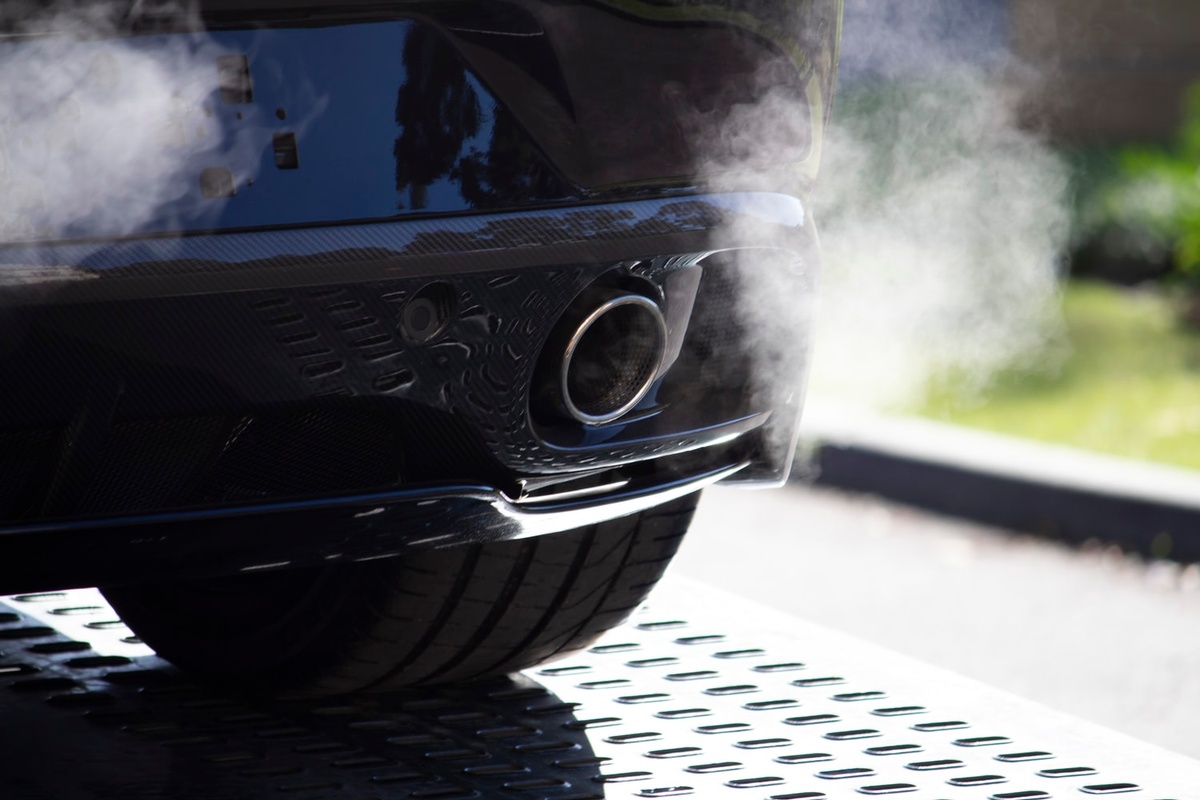 Excessive exhaust smoke can be due to a number of reasons. But with white smoke, it's typically linked to contaminants mixing with fuel and air during the combustion process. In this guide, we break down some of the more common causes of white exhaust smoke and steps on how to fix them.

A bit of white smoke from the exhaust is actually normal when starting the engine, especially after a long stretch of inactivity. This smoke is caused by damp condensation inside the exhaust pipes, muffler, and catalytic converter. Once the engine begins to heat up, the condensation evaporates and mixes with the exhaust gas, creating a tell-tale thin white smoke. This may continue even while driving, as the fuel droplets begin to freeze after leaving the heated exhaust but should disappear once the engine is fully warmed up. However, if the smoke persists even when the engine is already hot or if it's significantly thicker, it may be due to a more serious issue.

A common cause of white smoke in diesel engines is faulty injection timing. Diesel fuel injectors are highly sensitive components, so contaminants like dust or rust particles will clog up the spray tip. These contaminants may also prevent the injector from closing. These can alter the spray pattern and/or timing of the injector, creating an improper mix of diesel fuel and air during combustion. This unbalanced mix leads to raw fuel passing through the exhaust and resulting in a cloud of thick white exhaust smoke.

Faulty injection timing can also cause sputtering and other severe engine problems, so it's best to have your truck inspected once these problems start to appear.

White exhaust smoke is another common sign that the fuel filter might be clogged or damaged. Diesel fuel filters get clogged over time, although factors like excessive contaminants such as water and rust can shorten its service life. Eventually, these contaminants start to build up around the filter and begin to restrict the flow of diesel fuel to the engine, resulting in an unbalanced mix of air and diesel inside the combustion chamber. The fuel filter may also be damaged to the point that fuel begins to pass through unfiltered, causing contaminants like water or gasoline to mix with the diesel in the combustion chamber. Either way, it results in a white or gray smoke coupled with a raw fuel smell from the exhaust pipe.

Clogged fuel filters will eventually lead to other engine-related problems, including stalling, frequent engine misfires, and an overall loss in power and acceleration, so it must be replaced as soon as possible. The fuel tank may also need to be cleaned to prevent any leftover water or residue from contaminating the new filter.

Does the engine also start to overheat? If yes, the problem may be from the coolant leaking out from the cylinder head gasket. A blown head gasket would have gaps that coolant can seep through and mix with the diesel with the combustion chamber. When ignited, the coolant turns into a thick white smoke with a distinct sweet smell.

If you suspect a coolant leak is causing the white smoke from your exhaust, open the hood and visually inspect the inside of and under the engine compartment. The key things to look out for are the powdery green residue from dried coolant/antifreeze and sticky green puddles directly underneath the engine. Be sure to check for abnormally low coolant levels in the radiator and coolant reservoir as well. We don't recommend trying to start the engine at this point, as it may cause further damage to engine components. If you do see signs of coolant leakage, have your vehicle checked by a mechanic for professional diagnosis and repair.

In the case of a transmission leak, a mechanic will be able to observe and locate where the fluid is coming from. If the leak is indeed due to a loose seal or gasket, the part may simply be tightened. But if the leak is from a damaged transmission component, it will require replacement to prevent further damage to the engine and transmission.

Worn, damaged, or defective valve stem seals or piston rings can leak oil into the combustion chamber, which will then mix with the fuel and create a white or gray exhaust smoke when burnt. In the case of a bad piston ring, the engine may also start to lose power due to a lack of compression.

If the white smoke comes with significant performance loss, consider having the engine undergo a pressure test to determine if it's caused by a leak at the valve stem or piston. In such cases, the top half of the engine will be dismantled, and the damaged valve and/or piston rings removed and replaced.

FinditParts is your one-stop shop for all your replacement engine parts needs. Check out our comprehensive list of heavy duty truck and trailer parts today!