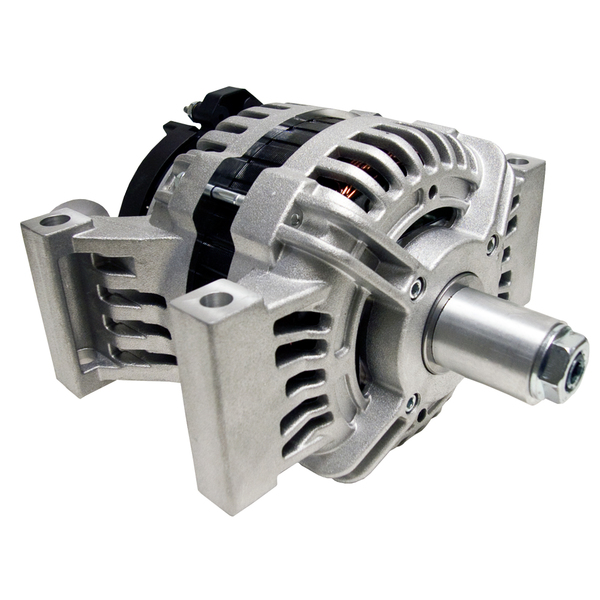 One of the worst things a truck operator can experience while on the road is a busted alternator. It can be something as simple as the dome lights flickering and resulting with you being stuck in the dark waiting for rescue in the middle of nowhere. Thankfully, truck alternators are built to be tougher than their passenger vehicle with reinforced materials and added protections against dust and overheating. However, tougher doesn't mean forever, as alternators do age and will eventually fail from too much wear. Other factors such as poor maintenance and harsh operating environments can also speed up wear or outright damage the unit itself and render it inoperable.

Alternator failure comes in many forms, and it's crucial for the operators to be aware of these to take necessary action and prevent further damage to the unit. Thankfully, symptoms of a bad truck alternator are similar to those in passenger cars, so the process can be pretty straightforward. In this guide, we'll share some basic tips on how to identify and troubleshoot alternator problems.

Indicator light is on. Often the first sign that the alternator is in trouble is the battery or charge indicator lights up on the instrument panel. The light is typically triggered when the vehicle charging system's voltage output is below 12 volts, over the limit, or has stopped charging. However, it should be noted that in some models, an indicator light that flashes intermittently means a drive belt or serpentine belt has come loose. Worn-out or bad alternator brushes may also cause the light to trigger. In some cases, the alternator may be perfectly fine and the light is switched on by a malfunctioning sensor or a broken circuit.

If your truck is exhibiting one or more of the issues we have mentioned above, the alternator or its related components are likely the culprits. In such cases, we recommend performing the following procedures:

If you have reason to believe there is a problem with your vehicle's alternator, be sure to have it inspected and serviced by a professional as soon as possible. A mechanic specializing in heavy duty alternators will have the skill and equipment to test the alternator's performance accurately, determine how much voltage it's giving off, and recommend repairs or replacement.

Diagnosing alternator problems and making the necessary fixes can lead to serious downtime for any truck, so it's crucial to invest in a high-quality alternator. A unit that complies with the industry's highest quality standards is less likely to malfunction, offering reliable performance for years to come. So if you're on the market looking for a new alternator for your vehicle, make sure to decide on a replacement that fits your bottom line in the long run.