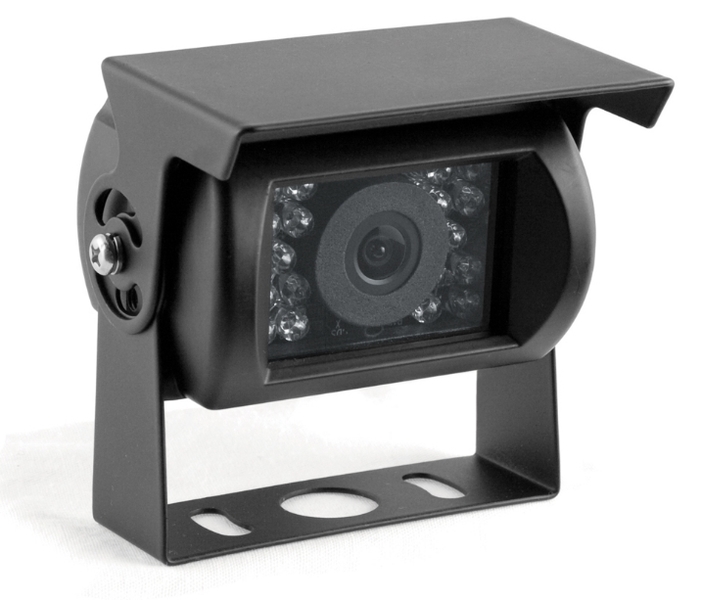 When the backup camera was first introduced, it was more of a novelty than a necessity. Today, backup cameras are increasingly becoming more common not just in trucks but in motor vehicles in general. In fact, the National Highway Safety Administration (NHTSA) has issued a ruling requiring all passenger cars, trucks, and vans under 10,000 lbs. to have backup cameras installed. While no such regulations are yet in place for heavier tractors and trailers, more and more fleet owners and operators have begun to invest in cameras on their rigs.

Thanks to rapid technological advances, backup cameras today are more compact, efficient, and visually appealing than their predecessors. But many operators are still wary of investing in a backup camera on their truck, especially given the cost and time involved in installing one. But while they do require some significant investment, backup cameras do have several benefits for the driver, the truck, and everyone else on the road, making them a worthy addition to any vehicle.

What is a backup camera?

Also known as a rearview camera, the backup camera is designed to show a live view of the rear of the vehicle when it is being driven in reverse through a screen. Backup cameras vary in design and technology depending on the manufacturer, but their main parts consist of the camera unit and a digital display. Higher-end backup camera systems may also include sophisticated sensors, audio warning devices, LCD touchscreens, and even wireless connectivity.

Today, backup cameras are available as either aftermarket kits or integrated as an OEM device in the dashboard. The cameras are also mounted on various areas on the vehicle's rear, usually on a specially-made bracket or, in the case of OEM cameras, flush on the vehicle surface for a cleaner look.

Regardless of whether they are built-in with the truck or an aftermarket system, a backup camera offers significant benefits:

According to a study from the Insurance Institute for Highway Safety (IIHS), backup cameras can reduce blind spots in vehicles by an average of 90 percent. This is even more significant for trucks, which have bigger blind spots compared to passenger cars. However, the percentage drops when the backup cameras come with additional backup audio sensors, as this reportedly gives drivers a false sense of security and makes them drop their guard. This is why experts recommend paying closer attention to the monitor screen than on the audio indicators and continue assessing the risk factors while backing up.

With a sharply reduced blind spot and better field of view, backup cameras definitely make it easier for truck drivers to avoid damaging other vehicles and causing injury to others while backing up or driving in reverse. Another study by the IIHS revealed that backup cameras are more effective than standalone parking sensors and similar devices in preventing collisions in selected weather and lighting conditions. Minor collisions, in particular, have been shown to be drastically reduced by backup cameras, helping save lives but also repair and replacement costs for damaged parts.

If you ever had insurance claims rejected, you are aware of how expensive even minor repairs and medical bills can be due to mishaps from parking or reversing. So, in retrospect, spending some money on a quality backup camera system may spare you and your wallet from worse headaches in the future.

3. It makes the truck less difficult to park.

Modern backup cameras have higher resolution displays as well as low-light or night-vision sensors, providing an accurate view of the truck’s rear at any time of the day. Some drivers have even described it as if you were at the back guiding the truck in person while it is parking or reversing. In addition, high-end backup camera systems are also fitted with an alarm that emits a loud sound when a sensor attached to the vehicle or trailer comes too close to a solid object. This makes it easier to gauge the exact position of the vehicle, make accurate adjustments, and avoid obstacles altogether.

4. It cuts down on driving stress.

Anyone who has tried to reverse in the middle of traffic knows how stressful it can be, and one of what makes it so difficult is that you don’t know whether another vehicle or a pedestrian is moving in your way. With a backup camera, you’ll have more information about everything around your vehicle, providing some relief as well as enabling you to make more sound driving decisions even in heavy traffic.

If you drive a truck with and without a backup camera, it’ll be obvious how more convenient it is to drive the former. This is especially true when reversing in constricted spaces such as enclosed cargo bays, which can be a challenger to maneuver in. Some trucks are even fitted with side view cameras specifically for changing lanes and forward cameras angled to eliminate the blind spot directly below the front of the cab.

The truth about backup cameras

Modern backup cameras are complex systems that include lenses, sensors, and connectors that require modifications to your vehicles or, in some cases, not applicable for use in certain models. Cameras mounted on the bumper or bodywork may require additional drilling, for example, and may not be ideal if you lease your vehicle. Models that are mounted on the license plate frame may also be prohibited in some states because they can obscure the plate. Make sure to check with your local regulations to determine which type of camera is suitable for your truck.

Getting a backup camera isn’t just as simple as installing another vehicle accessory, but its benefits make it worth investing in for your truck. Just make sure to get your kit from a reliable source like FinditParts and have it installed professionally to ensure you’ll get the best value for your money.

« Velvac: Keeping Customers at the Forefront of Safety, Aesthetics, and Competitiveness
Peterson Manufacturing: The Market Leader in Vehicle Safety Lighting Products and Accessories »