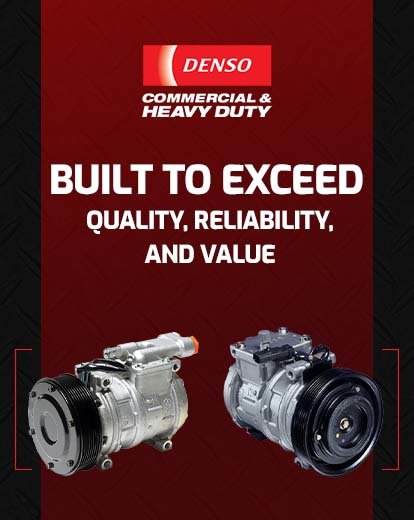 The DENSO Corporation is a foreign manufacturer of automotive components based out of Japan. When the American markets became more accepting of foreign manufacturers, DENSO broke through and quickly rose to achieve global fame in the transportation industry.

DENSO started out as a division of the massive Toyota Motors, but became 75% independent in 1949 and incorporated itself under the name Nippon Denso Co., Ltd. That 75% figure comes from the fact that, even though the company separated its management from Toyota, Toyota still owns just about a quarter of the DENSO Corporation. After decades of innovation, rebranding, and name changes, the company eventually became the DENSO Corporation that truckers around the world know and love today.

DENSO is a massive company, holding 189 subsidiaries in its portfolio and employing more than 150,000 workers. The company has countless different divisions and wings, each specializing on its own aspect of the production process, ranging from the actual manufacturing process to other supporting roles. In 2013, DENSO even managed to secure a spot on the Forbes Global 500 list, boasting an annual revenue of more then $43 billion.

The company still produces a wide range of parts that we at FindItParts have divided into three primary categories: forklift and industrial, heavy-duty trucking, and shop tools and equipment. Each of those categories are then further subdivided into one or two sub-categories in order to make finding your pieces, parts, and hardware as easy as clicking "add to cart."