FREE GROUND SHIPPING ON QUALIFYING ORDERS OVER $50
Frequent parts buyer? See how you can save big $$$ today. Get Started 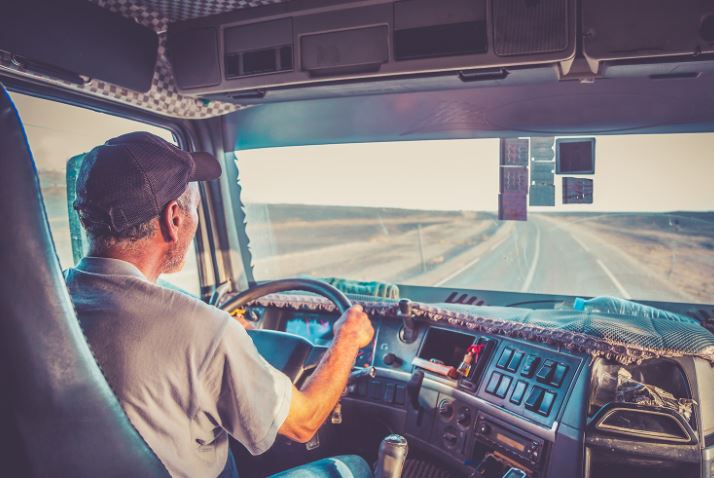 A lot of truckers enjoy their life on the road, but that does not mean that trucking as a career is easy. As a matter of fact, the life of a truck driver is filled with challenges that are unique to this profession. From irregular schedules and lack of home time to strict regulations and health risks that go with driving long hours, truckers must be prepared to face these challenges on a daily basis if they want to stay in this career for a long time.

But what makes trucking even more challenging for drivers is that a lot of things can happen when they are on the road. And this is where their mental alertness and critical thinking and driving skills will be put to the test. Here are some of the things that truck drivers dread happening while they are behind the wheel:

Unlike smaller vehicles, trucks take much longer to slow down, so they need to know earlier if they should step on the brakes. Unfortunately, not all road users are mindful of their actions—they change lanes without ever signaling. And this becomes a real challenge for truckers sharing the road with these reckless drivers. How fast they respond once they’re cut off can spell the difference between an accident and a near-miss.

Rozanne Bright, a driver trainer, has experienced the same thing in her four-year trucking career. She shared that she has seen drivers changing lanes without signaling not just once but a lot of times. And according to her, “You know you can't take it back once you've had an accident or killed someone.”

Rollover from sudden gusts of wind

Trucks and other larger vehicles are more difficult to drive during poor weather conditions, such as inclement weather. But besides snow, fog, and heavy rain, there’s another weather-related hazard for truckers, and that’s none other than sudden gusts of strong winds.

With such a significant surface area, it is most likely for trucks to be impacted by strong winds, which can lead to different types of truck accidents, such as a rollover. Even the most careful driver is no match when strong winds cause him to lose control of his vehicle and roll it over on its side. Most drivers dread this scenario, so they take the necessary precautions when driving under poor weather conditions.

If you are a veteran trucker and haven't experienced a steer tire blowout in your entire career, then lucky for you. Because when it happens, it can be really dangerous.

One trucker named Jennifer Black Cordero shared her experience on this. She just had set her cruise control for 74 mph when her left steer tire exploded. She did not see it coming since she just checked her tires when she stopped at the first rest area to walk her dogs.

It’s a good thing that Cordero knew exactly what to do in such a situation. According to her, when this happens, the driver must keep a cool head and must not panic. It’s also necessary not to hit the brakes because this will cause the truck to pull to the side of the blown tire. Instead, slowly step into the accelerator to steer the vehicle to the shoulder safely using the good tire.

Diesel fuel gelling is one of the most common problems that many truckers experience during the winter season. And when this happens to you while you are behind the wheel in the middle of nowhere while it’s minus 50 outside, you have no other choice but to call a tow truck or the police to bring you to the nearest motel, so you don’t freeze on the side of the road.

That is exactly what happened to long-haul trucker Josh Giesbrecht, a 27-year-old native of Manitoba, Canada. He bought the fuel down south, and when he drove up north, the fuel gelled up since it's not conditioned to withstand the cold temperatures. This could have been prevented if diesel fuel additive was added to the fuel before he set off.

Running over an animal or a pedestrian

Nothing can be worse than running over an animal or a pedestrian while truck driving. But even with the most experienced driver, this can happen. That is why, you have to be alert at all times, especially when driving at night, in poorly lit areas, and during inclement weather.

Should you hit an animal or a pedestrian, remain calm. Although it's natural to feel upset after any kind of accident, you must take a deep breath and focus on what to do next. Safety must always come first—put your hazard lights on and pull over safely. If it’s too dangerous to venture onto the road, call the animal control or the local police for assistance.