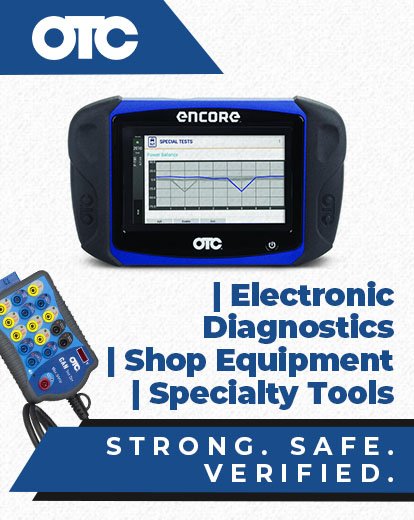 The Owatonna Tool Company, also called the OTC Tool Company or OTC Tools for short, is one of the world's leading manufacturers of miscellaneous pieces, parts, and hardware as well as the tools necessary for putting those pieces, parts, and hardware to use on your truck. This company produces parts for a variety of applications ranging from light-weight shipping to heavy-duty freight.

OTC Tools was founded several decades ago, in the early 1930s. The company got its start by selling simple tools to mechanics, farmers, and vehicular service stations. When World War II broke out, the OTC Tool Company managed to secure multiple government contracts with the United States Army and Navy, nearly doubling the company's staff in only a few short years. By 1985, the company had secured its worldwide reputation as a producer of high-quality tools and equipment for use repairing, maintaining, or upgrading countless different designs of trucks.

Today, OTC Tools is one of the world's largest producers of electronic diagnostic instruments, fuel service systems, general-service tools, heavy-duty tools, and much more. The company now employs thousands of people, either directly or indirectly, and has a presence in 24 countries spread across four major continents.

We carry products from OTC Tools in 28 different categories ranging from abrasives to work lighting and extension cords and covering just about everything in between. Whether you're looking for something as minor as a tool storage container for your existing tools or a brand new pressure gauge for your fuel system, OTC Tools has something that you can use.