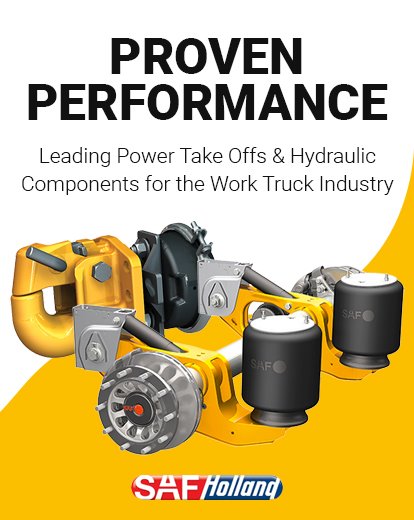 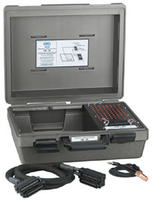 Based in Bessenbach, Germany, SAF-Holland is one of the world's largest independent suppliers of coupling, lifting, and suspension systems for trucks, buses, tractors, and trailers. In business for over 100 years, the company has been known under several brand names, including Holland Hitch, Binkley, Neway, and most recently, the SAF-Holland Group. It consistently ranks as a leading supplier of fifth wheels, landing gear, suspension, and coupling products in the European and North American commercial vehicle market. The company also designs and manufactures custom solutions for select applications such as industrial materials handling and airport ground support equipment.

The modern SAF-Holland Group was founded in 2006 when the German axle manufacturer Otto Sauer Achsenfabik (SAF) merged with American OEM supplier Holland Group Inc, forming what is now SAF-Holland. Both companies bring with them more than two centuries worth of combined knowledge expertise in the industry. SAF started as a family-owned blacksmithing business manufacturing two-way plows in 1881, which later expanded to steel axles for agricultural vehicles and eventually vehicles. It was credited for being one of the first to offer trailer air suspensions and super-compact axles for the mass market. On the other hand, Holland's legacy began in the agricultural industry in 1910 with their introduction of a safety release hitch for horse-drawn plows. The company shifted to making fifth wheels, landing gear, and pintle hooks for trucks and trailers in the 1940s and gradually grew into one of the major players in the market.

Since its formation, SAF-Holland has seen rapid growth through strategic acquisitions. In 2008, the company acquired Georg Fischer Verkehrstechnik GmbH, the second-largest fifth-wheel manufacturer in Europe. It bought bus suspension specialists Corpco Beijing Technology and KLL in 2013 and 2016, respectively, followed by the trailer axle and suspension system manufacturer York Transport Equipment and TMPS brand PressureGuard™ in 2018.

Today, SAF Holland is recognized as one of the top three suppliers in all of its product categories, with more than $1.1 billion in sales of SAF-Holland parts in 2020. It has production facilities in six continents with approximately 3,000 employees and a global distribution network to ensure its position in the international market.

Tried, tested, and trusted worldwide, SAF-Holland landing gear systems offer reliable performance and long service life at an accessible price range. Each gear is designed for different scenarios, ranging from freezing winter cold to arid desert environments. It is also designed to require as little force as possible to operate, making it easy-to-use especially with the constant strain of regular coupling/uncoupling.

With more than a hundred year's experience in coupling products, SAF-Holland offers one of the most comprehensive lines of medium to extreme heavy duty pintle hooks, drawbars, and couplers for commercial and military applications.

If you're in the market for SAF-Holland parts for your truck, you don't have to look further than FinditParts. We offer a comprehensive selection of fifth wheels, landing gear, and other high-quality products from SAF-Holland and other popular brands. Our catalog is always updated with the latest parts, and we have components for older models in stock as well. Check our catalog today and take advantage of our shipping discounts and other special offers.

SAF’s legacy started in 1881 when Paul Zill, a blacksmith from Keilberg, Germany developed the Zill two-way plow for the agricultural industry. Mr. Zill’s blacksmith shop expanded into a small family operation as popularity for his plow grew and agricultural axles were added to the product line. Time passed - and the family operation evolved to became Otto Sauer Achsen Fabrik (SAF), a leader in the design and manufacture of integrated axle and suspension systems for commercial trailers.

Today - these two historical companies are together as SAF-HOLLAND, a global leader in the design, manufacture, and distribution of quality engineered components, systems, and services to the commercial vehicle industry.

SAF-HOLLAND specializes in coupling, lifting, and suspension systems for trucks, buses, tractors, and trailers. SAF-HOLLAND products are sold and serviced under the SAF and Holland brand names from over 4,600 distributor and OEM locations around the world.