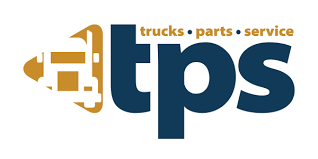 This article first appeared in Truck, Parts and Service on August 06, 2020. READ THE ORIGINAL THERE.

The heavy-duty truck parts industry slowly has been warming up to e-commerce. It wasn’t long ago that parts providers feared Amazon was coming to siphon off sales and crash the business. Others in the industry felt Amazon could compete on price but not on the customer service and face-to-face interaction that have long been the foundation of traditional parts providers.

The evolution of business, along with a kick in the pants by the COVID-19 pandemic, is changing the industry’s approach to parts sales and its relationship to the Internet. Websites that first existed as virtual line cards grew to include inventory lists, YouTube tutorials and even online ordering portals.

The most recent step has been to not merely cater to a parts provider’s local area of service with preexisting customers but also open up its parts availability to anyone around the country — or world — with just a credit card.

Creating such a site might feel like diving into the deep end of the pool. However, some parts sellers have taken the plunge.

After nearly two decades selling truck parts at brick-and-mortar locations, David Seewack founded the FinditParts e-commerce site in 2012. He says the move to online sales made sense at the time when he determined as much as 20 percent of his revenue from physical locations came from parts his business didn’t have in stock.

Furthermore, he says ordering parts from a brick-and-mortar store can be a “clunky” process, with counter staff calling around trying to find the part, which has to be shipped and then ultimately gotten into the customer’s hands.

A joint e-commerce purchasing survey released by FinditParts and MacKay & Company in 2017 revealed 55 percent of respondents said they have purchased a Class 6-8 truck or trailer part online, with their main reasons being affordability/price (75 percent), availability of parts (69 percent) and convenience (62 percent). Of the 45 percent of respondents who had never purchased a heavy-duty part online, nearly half (47 percent) said they would consider doing so in the future

“Just like all of our behaviors are changing, I feel that online is just the way truck parts is going to go,” Seewack says. “I thought there was so much business out there, I wanted to be able to capture as much of it as I can, whoever the consumer.”

FinditParts allows anyone to order from the site and it enables the company “to cast a larger net,” he says.

“The value is I want to be able to break down any barrier to make it as easy to do business with me as possible without requiring hardly anything of you. I’m not differentiating between my end-user,” Seewack says.

Customers can check out as a guest and simply pay with a credit card. There are instances when customers would have to register: if they want to open an account, if they’re frequent customers and receive special pricing or if they want a “richer environment” in which certain parts are suggested based on previous behavior on the site, he says.

Blaine Brothers and its sister company North American Trailer created a parts ordering site for existing account holders April 1 and a site for any customer in the continental United States June 1 of this year.

Director of Marketing Wendy Sorquist, citing MacKay & Company research, says fleets use several methods to purchase parts, such as on the phone, over the counter, email, through their salesperson, “and we know they are ordering a certain portion on e-commerce sites. We anticipate this will only increase over time. We meet customers where they are at in terms of how they want to order, no matter what method they choose.”

In addition to enabling Blaine to increase customer convenience as well as its reach, Vice President Tim Grabow says, “As customers evolve into ordering a certain portion of their parts online, this frees up our internal resources and allows us to service even more customers over time. Also, it allows us to showcase our products, services and our industry partners/suppliers and sell products to those that need them. We have made a commitment to our industry, not just a market area.”

FleetTruckParts' parent company Wayne Built & Son Inc. always prided itself on good customer service since its early days as a tow truck body manufacturer and provider of parts and services in 1970. The website, created in 1997, is extension of offering better customer service and it provides the company a larger audience, says Rob Bramlette, CEO, FleetTruckParts.

“Trucking is a big industry that has a lot of different types of companies in it. We sell to repair shops, truck dealerships, owner operators and we sell to some of the largest fleets in the country,” Bramlette says.

In that mix are businesses in more remote areas where parts shops aren’t as prevalent and heavy-duty truck parts are hard to come by.

“When they don’t have access to a lot of different truck parts dealers, but they have access to us wherever they are in the country, there’s a lot of value to that,” Bramlette says.

Myriad elements go into making a quality e-commerce site; however, the foundation is comprised of a sound infrastructure, skilled support team and information — lots of information.

“You have to have a good support team around you because there are so many pieces of the puzzle to build a good e-commerce site,” Bramlette says.

Staff is required to continually catalog parts and input manufacturer data, he says, adding FleetTruckParts also enables customers the ability to cross-reference parts to give them as much information as possible.

“It takes a while to get it right. Even though we’ve been doing it this long, sometimes we try things and we find out it doesn’t work. Improvement is ongoing,” Bramlette says.

Seewack says parts providers can buy off-the-shelf software but he hired a development team and has programmers on staff full time because he wanted his site to be scalable and global. In addition to accepting credit cards and the ability to track shipments, a good site requires descriptions, features and photos.

“Make sure you have really good content, though that’s one of the biggest drawbacks in our space. Content is not readily available from the supplier network,” Seewack says. “Even on my site, I have 10 million parts and a couple million have a description of ‘gear’ or ‘torque rod,’ for example, but nothing else because some suppliers don’t provide that.”

Blaine Brothers ran into the same issue while it was developing its site.

“When scoping this project, we underestimated the amount of time, both in preparation and ongoing maintenance, that would be dedicated to data sorting. We have had to invest more resources and time into taking pictures and gathering weights ourselves. We anticipated being able to get any missing data from our suppliers, but some have been unable to provide this to us,” says Sorquist.

In addition to new development work to enhance the user experience, the site “comes with a certain amount of ongoing investment in terms of advertising, SEO and driving sales and traffic to the website,” she says. “Don’t think if you build it, they will come. It requires a whole new and comprehensive strategy to drive sales to the website on an ongoing basis.”

Seewack agrees. “You have the system working, you have good information on your site and now you have to spend the right amount of money on marketing and SEO to make sure people find you,” he says.

Is it right for you?

Bramlette and Seewack, who have decades of experience between them selling parts online, agree the venture is worth considering by other parts providers.

Seewack says heavy-duty truck parts providers have to decide what they want to be. Some might want to create a website just for their established customers enabling them to order online versus calling.

“I do believe you need to change your business to adapt to the marketplace and make your business better. You may not be successful in [opening your site to all customers], but you might be better with your existing customers, making it easier for them to do business with you,” he says.

However, Seewack adds, a site open to everyone enables parts providers to expand their reach and stay relevant with the way online shopping is trending.

It enables parts providers “to pick up customers they would not have known and be in lockstep with how the world is changing. If you don’t change with it, you’re going to be left behind,” he says.

Just as customer service served as the impetus behind the creation of FleetTruckParts, it should also be the motivation for other parts providers considering e-commerce.

“Why limit your business hours? We’re open every day of the year. We’re there to help you find what you need. If you want to place the order, you can place it right then and there. [Customer service ] is why everybody should want to sell online or have some sort of e-commerce interaction with their customers,” Bramlette says.

However, Bramlette is quick to point out, “it’s not an easy thing to get right or cheap thing to do. Anything that’s good usually takes time to build.”