Fire engines are highly specialized machines that are designed to respond to fires and other emergencies quickly and safely. And when it comes to a specialist in manufacturing fire engines, no other brand is more well-known than American LaFrance.

For more than 200 years, American LaFrance has been one of the oldest and most recognizable manufacturers of fire engines, ambulances, and other rescue vehicles. The company was at the forefront of the evolution of firefighting vehicles and equipment, from manufacturing horse-drawn steamers and hose wagons to airport crash tenders. It is also credited for pioneering many of the technologies currently standard in firefighting and emergency response vehicles, including the so-called “cab-forward” design that gave drivers a greater field of view and is now commonly found in fire engine vehicles.

At its peak, American LaFrance had an expansive catalog that included fire engines, ambulances, specialized rescue vehicles, fire aerials, emergency apparatuses, and chemical fire retardant products. For a brief period, it also produced a small run of passenger cars dubbed "speedsters." The company was later acquired by American truck giant Freightliner in the mid-1990s and by New York-based investment firm Patriarch Partners LLC. In 2008, American LaFrance filed for bankruptcy and closed its assembly line for the last time in January 2014.

American LaFrance has a large selection of fire engine chassis, commercial vehicle chassis, and replacement parts. As the chassis is the foundation of the fire engine, American LaFrance chassis parts are manufactured with custom production methods and materials to ensure durability even in demanding operating conditions. And while these parts are designed to be rugged and capable of withstanding what the road can dish out, they are also engineered for maneuverability with the tightest turn radius in the industry. In addition, American LaFrance chassis parts are designed to help keep crews comfortable and safe with advanced climate control and safety system support found in modern engines.

Since then, American LaFrance has developed a solid line of aerial ladders and platforms to tackle any elevation situation. These include standard aerial ladders, more maneuverable tractor-drawn aerials, and aerial platforms that boast the highest tip-load capacities in the industry. Its ladders are made of high-strength steel for maximum rigidity and heat resistance and feature simplified hydraulics to make it easier to control and maintain.

If you need to deliver large water supplies to a fire scene, the American LaFrance tanker is up to the task. Customers can choose from a standard commercial vehicle chassis for reliable performance and easier maintenance or a custom chassis to address specific applications. The tankers also feature leak- and rust-proof polypropylene water tanks as well as various compartments to accommodate portable tanks and other emergency response equipment.

American LaFrance's line of ambulances is designed to ferry both crew and patient with the utmost comfort and safety. To achieve this, each ambulance is fitted with advanced and innovative parts and technologies. Various lighting and warning systems alert traffic of the vehicle's presence and prevent any incidents. The solid construction of the cab and patient compartment ensures strength and survivability in case of a crash. Most importantly, the interior and supporting systems of the American LaFrance ambulance are engineered to provide an "emergency room" setting and keep the patient as stable as possible while en route to a hospital.

Forklifts are the workhorse in any business that relies on heavy lifting and materials handling, so operations take a severe hit when they break down. So it's essential that forklifts are fitted with the best parts and accessories to keep them running and employees safe from injury.

With a catalog containing thousands of parts and stock, American LaFrance offers high-quality aftermarket forklift parts and accessories for customers worldwide. From popular forklift makes to more hard-to-find ones, American LaFrance has replacement parts for nearly all brands and makes. Each part is subjected to fierce quality testing before they are sent to customers worldwide. And with decades of experience in the industry, you can bet that its forklift parts meet or exceed industry standards from the smallest screw to the entire chassis.

Personal protective equipment or PPEs are an indispensable addition to any fire engine with the current threats posed by COVID-19. In fact, the World Health Organization (WHO) and the US Centers for Disease Control and Prevention (CDC) have recommended airborne precautions for frontline workers who interact with people with suspected or known cases of COVID-19. American LaFrance supports the US and international community in responding to the COVID-19, with their line of critical PPE such as gloves, masks, face shields, and countertop barriers to keep viruses at bay. The company also has a line of warning stickers and signage providing crucial information to workers and the public in general. 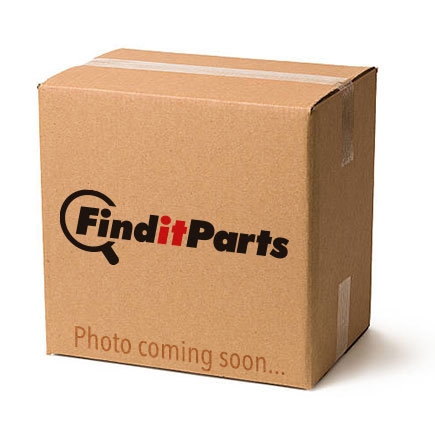 The fact American LaFrance fire trucks and other emergency vehicles are still being used today is a testament to their durability. Still, given their age, they will require some extensive maintenance and replace worn parts in many cases. Thankfully, finding new parts for American LaFrance vehicles isn't as hard as it seems, as many stores still stock replacement parts for their vehicles. The one-stop shop for heavy duty parts and accessories, FinditParts offers high-quality replacement parts, accessories, and equipment from American LaFrance. Each part is manufactured according to strict OE specifications, ensuring that they fit seamlessly without the need for extensive modifications or special tools. To find the part you’re looking for, simply enter its name or reference number on our quick-lookup search bar and our system will pull it up from our database in seconds. And with our comprehensive order tracking system, you’ll never have to worry about having your orders lost on the way to your door. So be sure to check out our store today and take advantage of our low shipping costs.