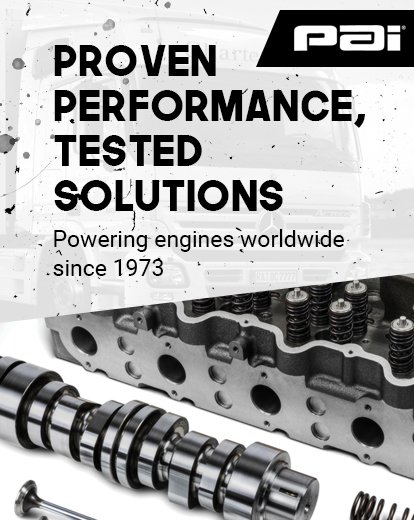 Most people call this company P.A.I., sometimes pronouncing it like the word "pie." P.A.I. produces pieces, parts, and hardware across a range of categories including clutches and clutch parts, drivelines, drivetrains, and engine parts and accessories. Despite being one of the smaller manufacturers in the United States, P.A.I. boasts a sizable distribution network and has grown to become a favorite for meany truckers.

P.A.I. was founded in 1973 and has been manufacturing parts for heavy-duty trucking ever since. Although the company doesn't have the largest array of products, those that it does produce are made with the quality expected from such specialization.

Part of the reason that P.A.I. has been so successful is because the company doubles as both a manufacturer and a distributor. P.A.I. Industries distributes service parts designed to complement a wide variety of its original equipment manufacturer (OEM) partners. That makes compatibility issues virtually nonexistent when you're putting P.A.I. parts into your Cummins, Dana, Eaton, Fuller, Mack, or Rockwell engine

Like many of its larger competitors, P.A.I. Industries conducts rigorous product testing in order to ensure that each product lives up to trucker expectations. Since many of these parts are designed to function much the same as the parts that they are replacing, they are often considered a form of OEM products. Of course, the truth is that P.A.I. Industries is an aftermarket brand, meaning that they compete with the OEM producers of many different pieces, parts, and hardware.