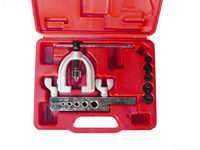 Xtra Seal is one of the three biggest brands of 31 Incorporated right alongside Group 31, Inc. and TPMS-Network. As the name suggests, Xtra Seal is 31 Incorporated's seal division, with the brand's engineers specializing in the manufacturing and production of seals and similar pieces, parts, and hardware.

31 Incorporated was founded in 1961 and enjoyed a relatively meteoric rise. Over only a few short years, the company established itself as a solid regional competitor. Over the decades that followed, the company grew to establish multiple successful brands on an international scale. The company now covers tire repair, TPMS, and the production and distribution of other supplies, with Xtra Seal leading the charge in the world of seals.

Xtra Seal services a variety of applications, including heavy-duty trucking and just about anything else that utilizes standard wheels and tires. Much of what Xtra Seal produces is intended for use in tires and suspension systems, but the company also manufactures products for categories such as brakes and wheel ends.

In order to make it as easy as possible to find the product that's right for you, we at FindItParts have curated a list of over 100 unique Xtra Seal components and accessories across two of the brand's most notable categories: tire repair and tire tools. These categories include the simple essentials of the brand — such as the seals after which the brand is named — as well as the harder-to-find products that you might be looking for.